Dan Chenok is executive director of the IBM Center for The Business of Government, overseeing all of the Center's activities in connecting research to practice to benefit government, and has written and spoken extensively around government technology, cybersecurity, privacy, regulation, budget, acquisition, and Presidential transitions. He previously led consulting services for Public Sector Technology Strategy, working with IBM government, health care, and education clients.

Chenok serves in numerous industry leadership positions. He is a CIO SAGE with the Partnership for Public Service, fellow of the National Academy of Public Administration, chair of the Cybersecurity Subcommittee of the DHS Data Privacy and Integrity Advisory Committee, member of the George Washington University Center for Cyber and Homeland Security Board of Directors, and co-chair of the Senior Executives Association Community of Change for Governance Innovation. Previously, he served as chair of the Industry Advisory Council (IAC) for the government-led American Council for Technology (ACT), chair of the Federal Information Security and Privacy Advisory Board, and two-time cybersecurity commission member with the Center for Strategic and International Studies. He also generally advises public sector leaders on a wide range of management issues.

As a career government executive, Chenok served as branch chief for information policy and technology with the Office of Management and Budget, where he led a staff with oversight of federal information and IT policy, including electronic government, computer security, privacy and IT budgeting. Prior to that, he served as assistant branch chief and desk officer for Education, Labor, HHS and related agencies in OMB's Office of Information and Regulatory Affairs. Chenok began his government service as an analyst with the Congressional Office of Technology Assessment, and left government service at the end of 2003.

In 2008, he served on President Barack Obama’s transition team as the government lead for the technology, innovation, and government reform group, and as a member of the OMB Agency Review Team.

Chenok has won numerous honors and awards, including a 2010 Federal 100 winner for his work on the presidential transition, and the 2016 Eagle Award for industry executive of the year. 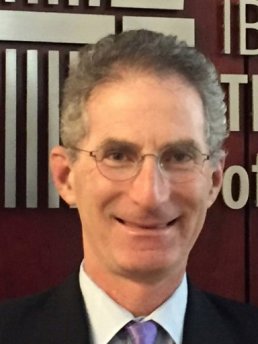