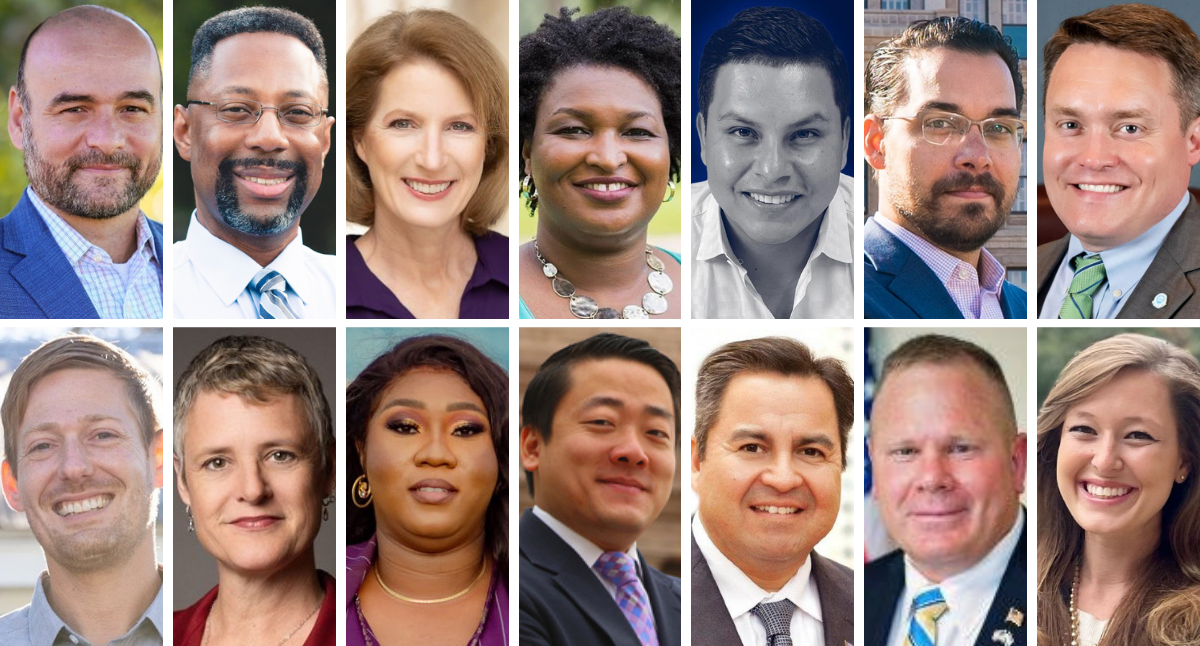 A number of LBJ School alumni are running in primary contests for state and local office in 2022. One is a voting rights activist running to become the nation's first black female governor, three are incumbents seeking reelection, all of them have diverse professional backgrounds, and with this foray into public service they are carrying forth the LBJ legacy.

Here's a look at LBJ alumni running for a seat in this year's primary elections.

"I hope that the future of public servants who begin their careers in the School will tomorrow be serving effectively not only in the bureaus and departments of the federal government and the Congress, but also in city halls and courthouses and state capitols — not only in Texas, but in every region in the country." —Lyndon B. Johnson, May 22, 1971 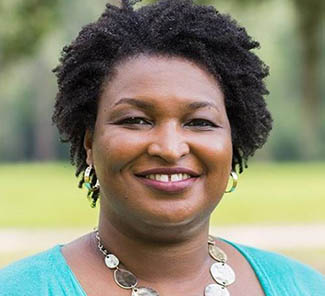 Stacey Abrams (MPAff '98): Stacey Abrams is running for Georgia governor for the second time. In 2018, she was the first black woman in U.S. history to become a major party's gubernatorial nominee, and since then has earned widespread recognition as a voting rights advocate and founder of Fair Fight. She served in the Georgia House of Representatives from 2007 to 2017, including as the House minority leader. @staceyabrams 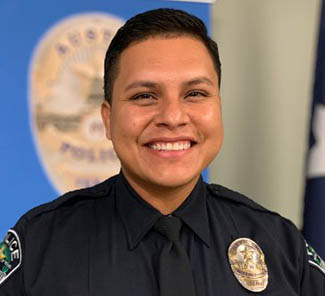 Bino Cadenas (MPAff '20): Bino Cadenas is running for the Texas House of Representatives, District 51. He serves as chairman of the board for Austin Cops for Charities and was a recipient of the Latino Community Leadership Award. @Officer_Bino 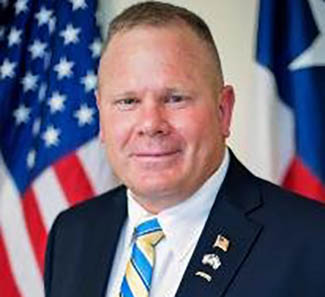 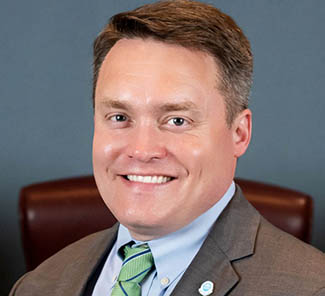 Matt de Ferranti (MPAff '01): Matt de Ferranti is running for reelection to the Arlington, Virginia County Board, to which he first won election in 2018. He was unanimously elected as chair of the County Board by his colleagues in 2021, and in 2022 was chosen to serve as the Secretary-Treasurer of the Northern Virginia Transportation Commission. @Matt4Arlington 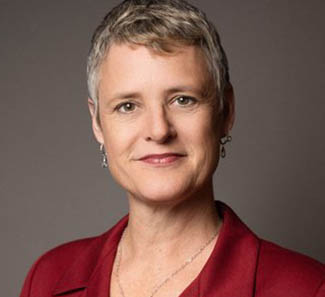 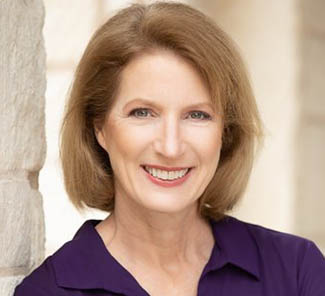 Vikki Goodwin (MPAff '91): Rep. Vikki Goodwin is running for reelection to the Texas House of Representatives, District 47. She is the owner of Goodwin & Goodwin Real Estate Inc., and a member of the LBJ Future Forum. She is actively involved in a large number of local charities and civic programs. @VikkiGoodwinTX 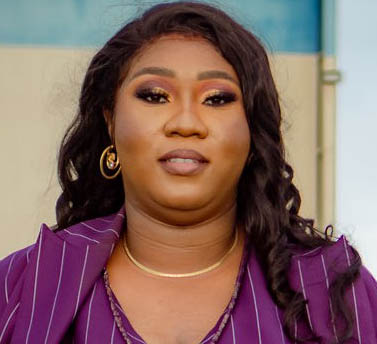 Somtoochukwu "Somtoo" Ik-Ejiofor (MPAff '20): Somtoo Ik-Ejofor is running for the Texas House of Representatives, District 147. She was a fellow in public affairs for the Office of the Texas Governor and has nearly a decade of experience with supporting the Texas Legislature. @somtooikejiofor 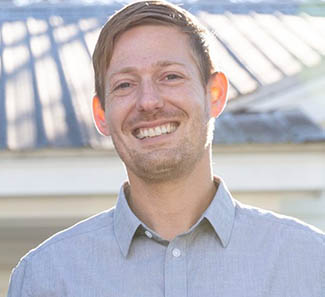 Ben Leffler (MPAff '12): Ben Leffler is running for the Austin City Council in District 9. He is a community leader, political activist and public policy professional. Leffler has worked in the City Auditor's Office and as a policy adviser to city council, served on his neighborhood association, mentored through Austin Partners in Education, and volunteered for numerous progressive candidates and causes. @benjleffler 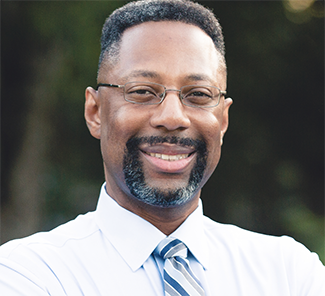 Craig Moore (MPAff '04): Craig Moore is running for a judicial position on the 403rd district court. He served as president of the Black Austin Democrats and was a 2020 recipient of the City of Austin Distinguished Service Award. Moore earned his J.D. from The University of Texas School of Law. @craigfor403rd 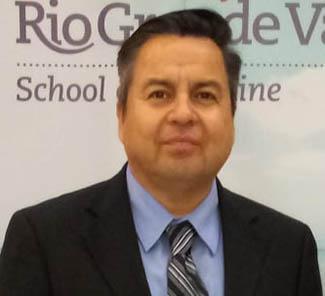 Salomon Torres (MPAff '90): Salomon Torres is running for Texas State Senate, District 27. Torres is the owner of Soluciones Consulting in Downtown Harlingen. Torres has had a 27-year professional career in Washington, DC, and the Rio Grande Valley. @Torres4Texas 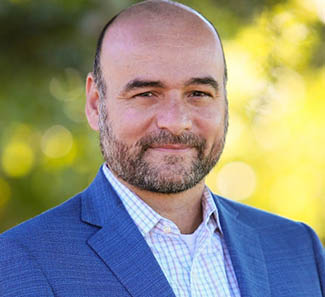 Jose "Chito" Vela (MPAff '19): Chito Vela was recently elected to the Austin City Council to represent District 4. He earned his J.D. from the University of Texas School of Law, and served as board chair of the Workers' Defense Project. @chitovela3 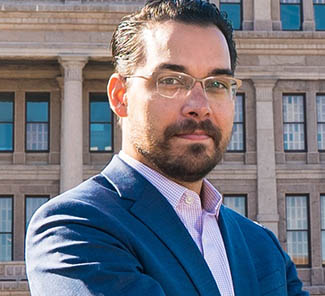 Matthew Worthington (MPAff '19): Matt Worthington is running for the Texas House of Representatives, District 51. He is vice president of the Del Valle Community Coalition and vice chair of the City of Austin Early Childhood Council. He earned his Master of Education degree with a concentration in Special Education from George Mason University. @mrworthington 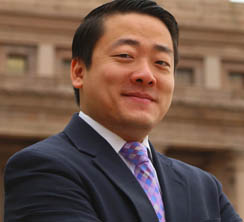 Gene Wu (MPAff ‘04): Gene Wu is running for reelection to the Texas House of Representatives, District 137. He serves on the Appropriations Committee and the Human Services Committee, and has authored legislation reforming the criminal justice system, decriminalizing truancy, enhancing Pre-K standards, strengthening protections for victims of human trafficking, and improving college readiness. @GeneforTexas