"LBJ DC has been the best choice for me."

Sarah Morningred has long dreamt of working for the federal government. She says the LBJ Washington Center has been a front door to opportunities in the nation’s capital.

From the time she was an undergraduate, Sarah Morningred knew she wanted to work as a public servant for the federal government. However, after graduation, when she didn’t land her dream job with the State Department, Sarah began looking for a graduate program that would give her the skills and network to succeed. She found the right fit in the LBJ School’s 15-month DC concentration and its hands-on, ‘learn by doing’ model. After starting the program, Sarah moved to Washington and secured a policy apprenticeship with the Office of Management and Budget, the largest office within the Executive Office of the President of the United States.

“I didn't know that landing a job in the Executive Office of the President was a possibility until I started at the LBJ School." Sarah Morningred 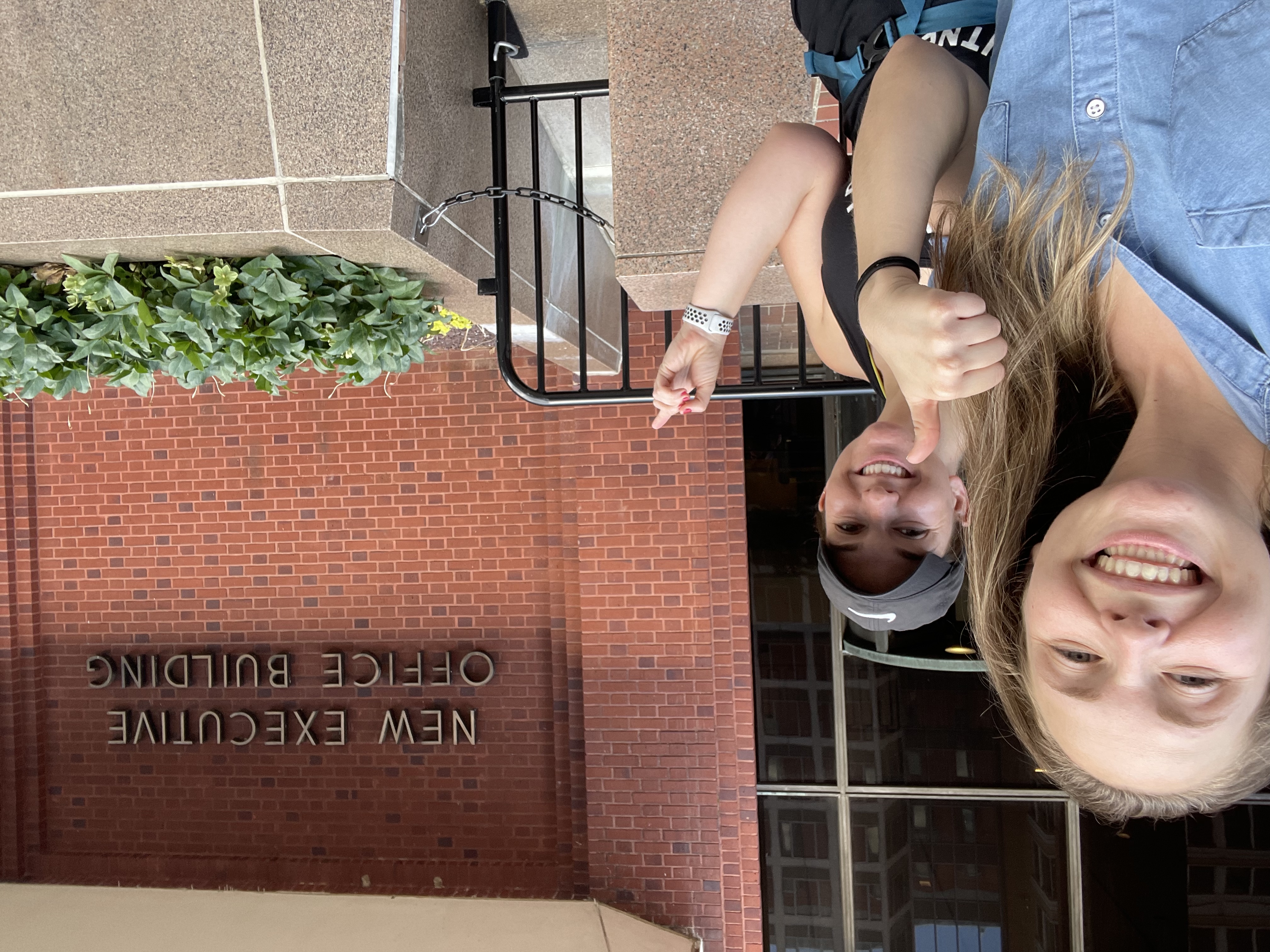 “I didn't know that landing a job in the Executive Office of the President was a possibility until I started at the LBJ School,” Sarah said, exactly one month after moving to Washington DC to complete her graduate studies and get work experience. “LBJ DC has been the best choice I could have made, especially for making connections in my career and meeting people who are really invested in the future of public service.”

“I've always been interested in people and how best to make people's lives better,” she said.  “Government was attractive to me because government is supposed to, in theory operationally, be for everyone equally, and so to me the government felt like it could have the widest reach. And I wanted to be a part of helping government live up to its promises for people.”

Looking back, Sarah said when she didn’t get that first job with the State Department, she realized she needed more work experience and a graduate degree in public policy.

“I realized a lot of people who were working at the State Department had job experience and master's degrees, so that seemed like the best place to start,” she said.

“I knew that I wanted to end up in DC. It is unquestionably the place to be if you're interested in the federal policy space,” Sarah said. “Being in this place where federal policy is crafted and turned into law, and then implemented by federal agencies all across the country, impacting the life of every single person—to me, it is magical to be in the city where you know it's happening.”

"It is magical to be in the city where [federal policy] is happening." Sarah Morningred

She said the DC Concentration at the LBJ Washington Center was a key factor in her decision to apply to the LBJ School’s public affairs program.

“I definitely applied to the LBJ School knowing that I wanted to be in the DC concentration,” Sarah said. “The DC concentration is a foot in the door in the federal policy space and a great learning opportunity for students.”

She’s a self-described sponge, learning everything she can from work and class to blaze her own trail in Washington.

In addition to her policy apprenticeship, Sarah has enjoyed DC traditions like Jazz in the Garden; viewing historical primary documents like the Emancipation Proclamation at the National Archives; and on day one of work, attending a special White House unveiling of the new Nancy Reagan stamp with First Lady Dr. Jill Biden. 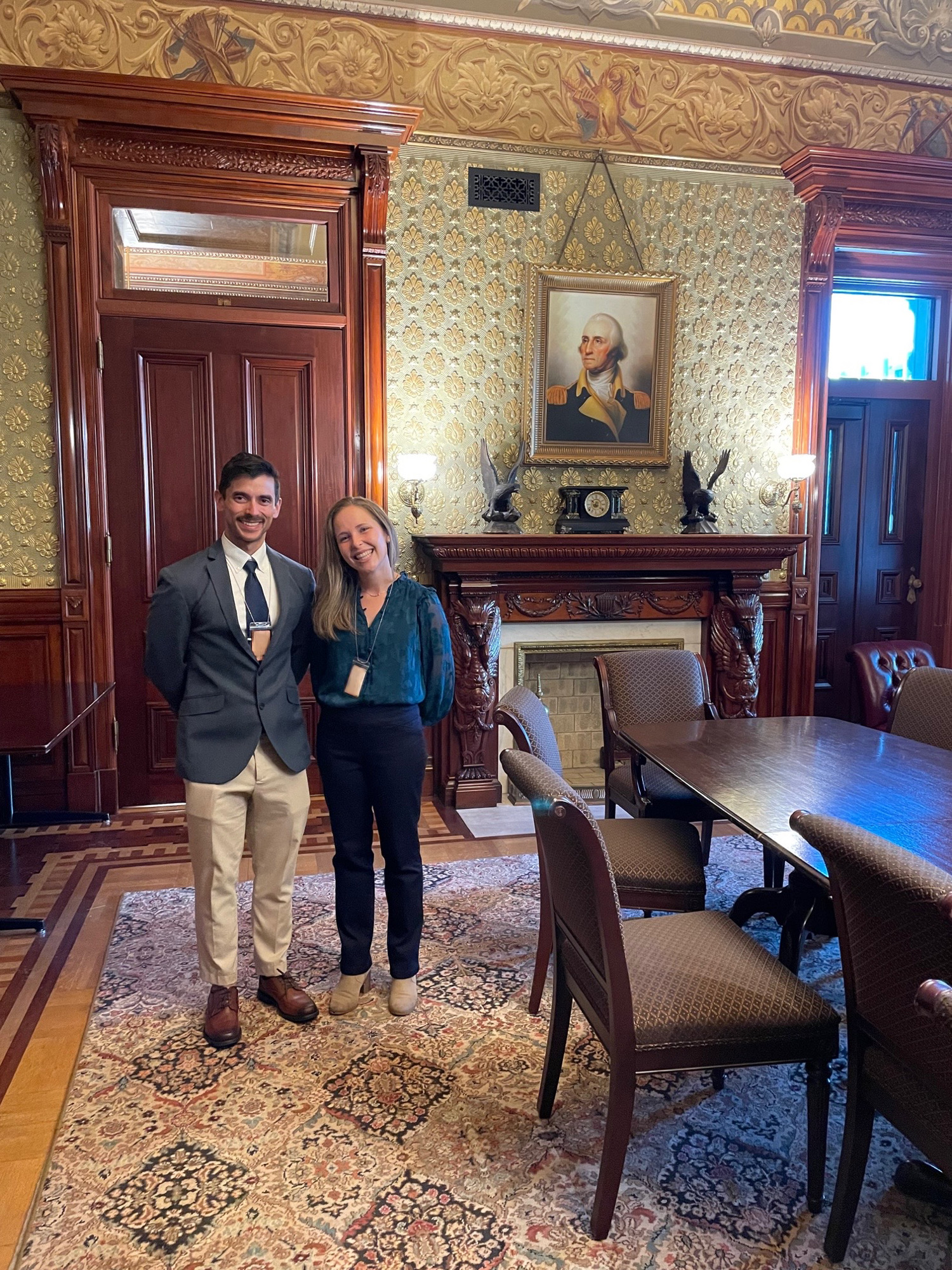 “It was an insane first day of work and an experience you don't get in other cities,” she said.

This fall, she will take a class in Federal Budget and Government Finance while continuing to work at the OMB, where she works in federal workforce branch on government performance and personnel issues.

“Part of what we’re looking at is how to get the right people into the right jobs in government, and how to help agencies meet their goals,” she explained.

Sarah said LBJ’s tight knit community has helped with the move to Washington.

“Being in the DC concentration right off the bat in Austin makes it easy to connect with people, because you meet the folks you’ll be moving across the country with in two semesters, and having that shared experience is really bonding,” she said. “Immediately we were all friends and definitely continue to be. It’s a really unique experience to move across the country with 15 of your friends. It’s been really, really nice to go through this together.” 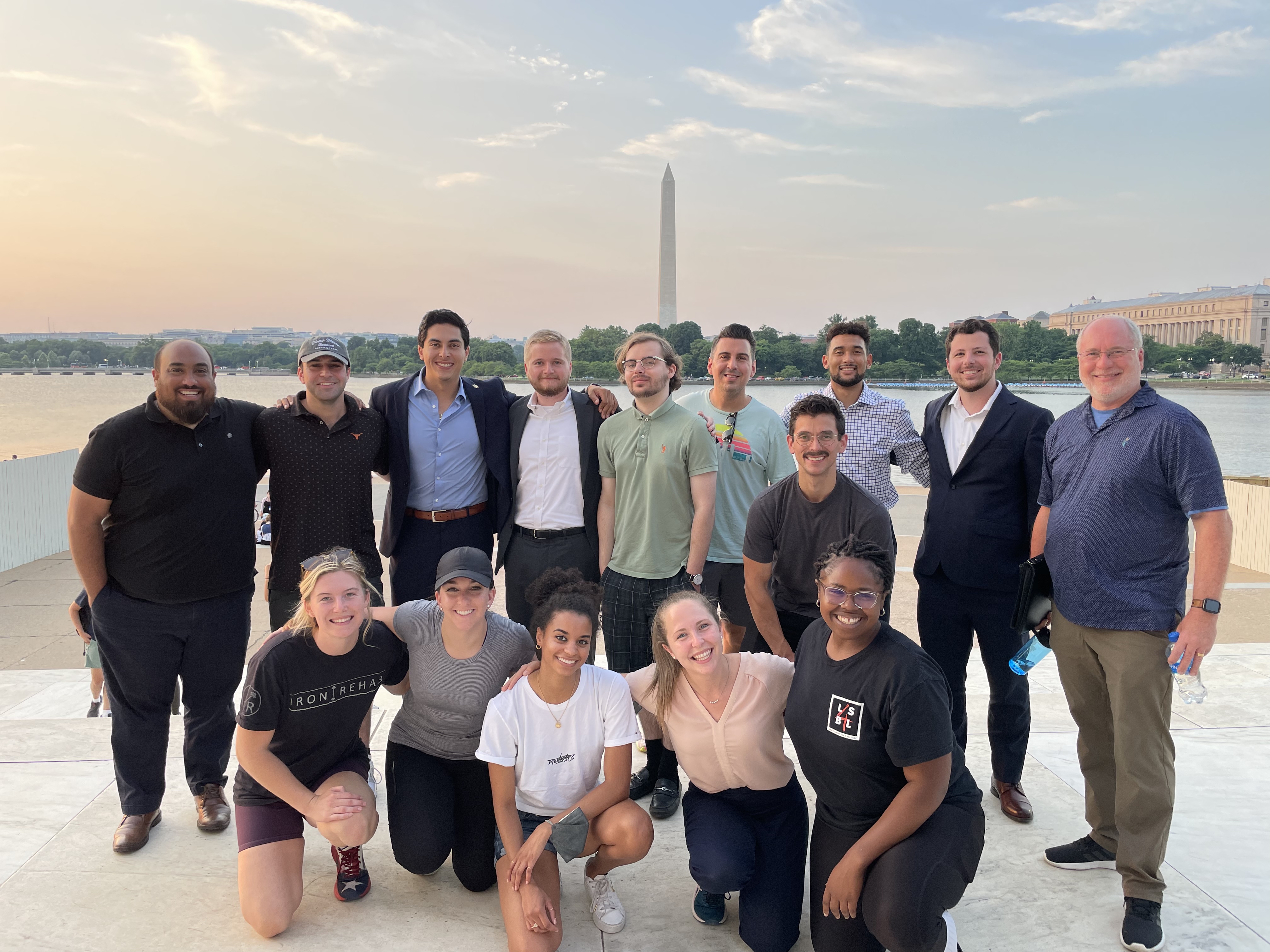 “I have a few classmates who are working in the House of Representatives and are on the Senate Committees, so it's cool to be able to talk to them about their jobs and what's going on down the Mall, and it’s cool that we can all bring those unique perspectives to our classes together.”

Sarah will graduate in December. She said she’s excited about all of the possibilities within the nation’s capital, including jobs within the Executive Office of the President, and just maybe the State Department.