Scott Lilly spent 31 years serving the U.S. Congress in positions including staff director of the House Appropriations Committee, executive director of the House Democratic Study Group, and executive director of the Joint Economic Committee. Roll Call recently honored him as one of the most influential congressional staffers over the past four decades. Upon leaving Congress in 2004 he became a senior fellow at the Center for American Progress (CAP), where he performed research and wrote on a wide array of public policy matters, though focusing primarily on federal budgeting, the economy, Congress and American politics. Since joining CAP he has produced more than 170 columns and reports and has been published in publications including the Washington Post, U.S. News and World Report, Time magazine, and The New Republic, and has appeared as a guest on networks including CNN, CBS, BBC, CNBC, MSNBC, PBS and NPR. He has frequently testified before congressional committees, and has served as an adjunct professor at the Georgetown University Public Policy Institute. He is a graduate of Westminster College in Fulton, Missouri, where he has been honored with a Lifetime Achievement Award. 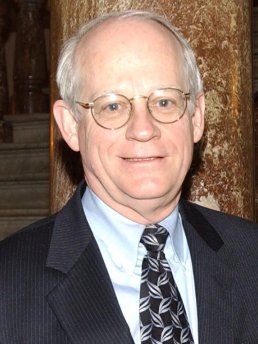