Chris Purdy received his Master of Public Affairs (DC Concentration) at the LBJ School of Public Affairs in Austin. He majored in sociology as an undergraduate at the State University of New York (Fredonia), and earned a Masters of Science in Education from Nazareth College of Rochester. During the past 10 years, Purdy was a middle school Special Education teacher in the District of Columbia Public Schools and then worked with the Office of Student Services of Atlanta Public Schools on school reform policy, where he led multiple projects to improve education outcomes and mental health access in underserved and immigrant communities. He is also a U.S. Army veteran who served as a combat engineer in Iraq in 2011 and a 2018 Truman Defense Council Member.  He remains a leader in Veterans for American Ideals, engaging in community activism in support of refugees and the Muslim community. Purdy is interested in immigration policy and a global solution for displaced peoples.

Policy Interests: Immigration in the context of National Security 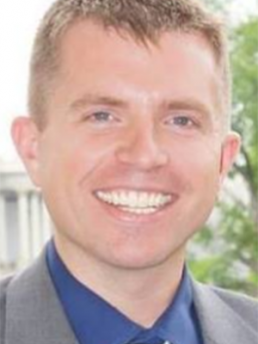