Taryn Woody received her Master of Public Affairs (DC Concentration) at the LBJ School. She graduated magna cum laude with a degree in political science and minor in journalism from Texas A&M University.  She is interested in national security, counterintelligence and diplomacy.  While earning her undergraduate degree, Woody participated in a fellowship program under State Sen. Jane Nelson, acting as the policy fellow for veteran affairs and border security, which piqued her interest in security policy. Prior to graduate school, she studied foreign affairs and security policy while traveling in Europe and took graduate-level classes at the Texas A&M Bush School of Government and Public Service focusing on American foreign policy, war and conflict, and politics of the Middle East. Woody was a graduate research assistant for the Clements Center for National Security at The University of Texas at Austin and the Editor-in-Chief of The Baines Report during her time at LBJ. 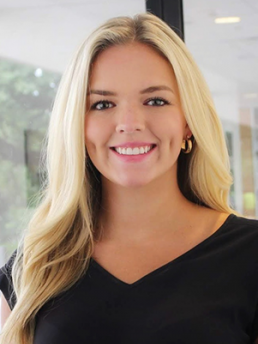